The NFL is not one to spill the beans: The 56th Super Bowl in Inglewood will feature hip-hop in its halftime show – and no fewer than five prominent music stars. 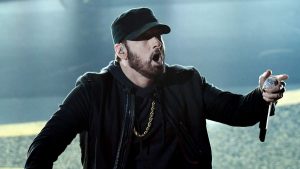 Naturally, the North American American Football League (NFL) doesn’t skimp when it comes to the halftime show. Year after year, one music star after another is presented to fire up the crowd in the stadium and entertain millions of people in front of their TV sets even during the break. According to a statement, this time it is even five U.S. music greats: The four rappers Snoop Dogg, Eminem, Kendrick Lamar and Dr. Dre, also known as a producer – all living legends of U.S. hip-hop – will perform at the 56th Super Bowl in Inglewood near Los Angeles, according to a statement. Completing the lineup on Feb. 13 will be the no less famous R&B singer Mary J. Blige.

In this constellation it is a premiere: Blige and the four rappers have never been on stage together before. To illustrate the musical success of the quintet, it is enough to look in the trophy cabinet: a total of 43 Grammys are distributed among Mary J. Blige, Snoop Dogg, Eminem, Kendrick Lamar and Dr. Dre. The NFL is hoping for nothing less than “12 minutes of unforgettable awesomeness” from this celebrity black music combination. Accordingly, expectations will be high, and not just among football fans. 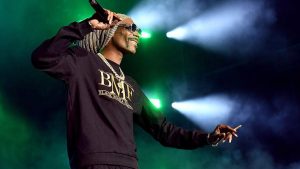 Lamar, Dr. Dre and Snoop Dogg are three artists who grew up around Los Angeles in tough neighborhoods. The 2022 Super Bowl will take place not far from their homes.

MORE THAN A HALFTIME SHOW

Particularly in the U.S., but also in much of the world, eyes turn to California on Feb. 13. Because of the huge interest, the Super Bowl is more than the biggest U.S. sporting event; the event is also a huge advertising platform. The appearance in the halftime show is considered a great honor. In February this year, this honor was given to Canadian The Weeknd, who performed in Tampa, Florida.

The list of music celebrities who have appeared on stage at the sporting event is long, including Jennifer Lopez, Lady Gaga, Justin Timberlake and Madonna. Shakira, Katy Perry, Beyoncé, Prince and the Rolling Stones have also provided entertainment.